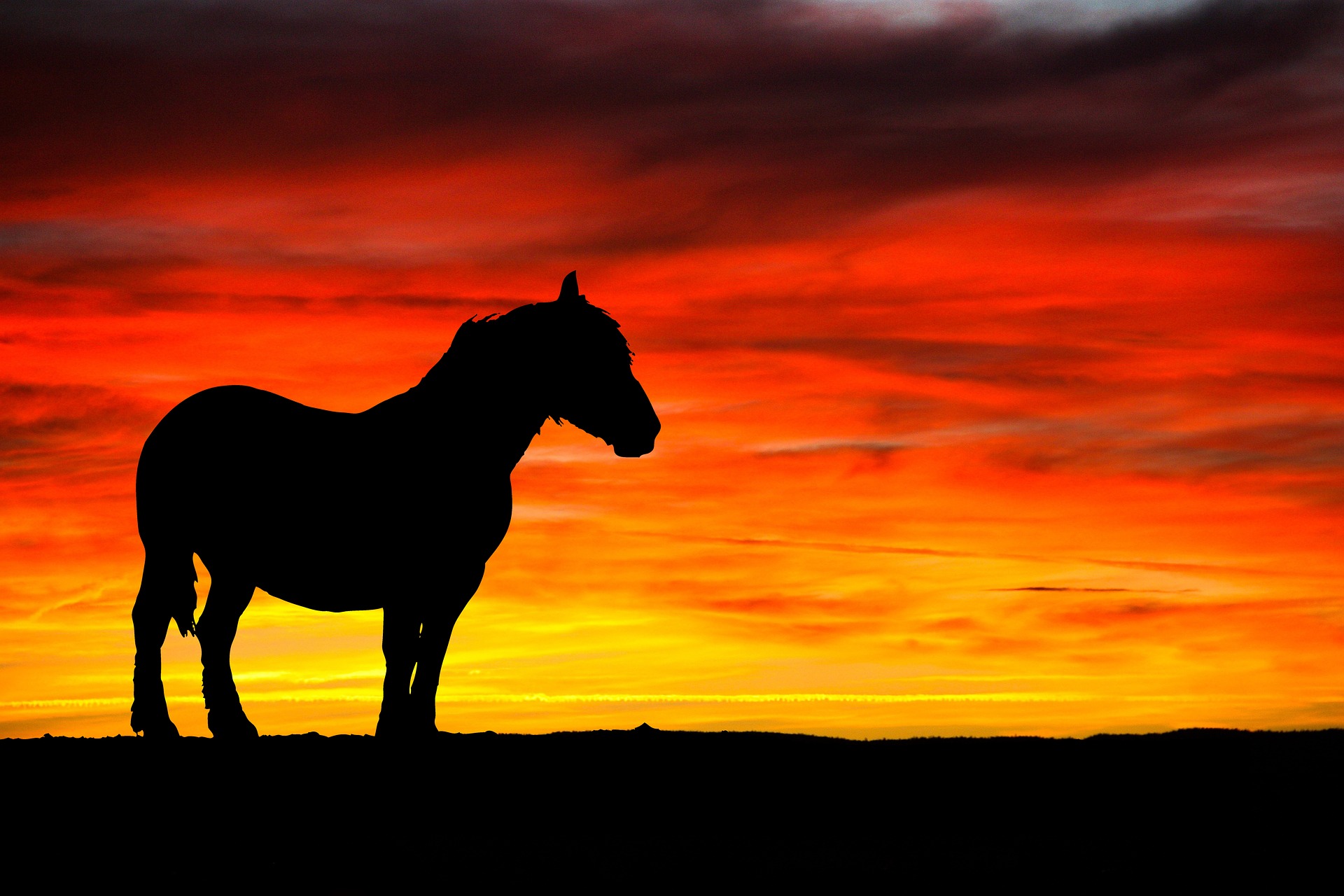 WE WERE MATES won the Tim Borthwick memorial prize in the 2019 Bronze swagman awards and is published in the 48th Edition of the Bronze Swagman Book of Verse 2019.

I am old and frail and far from home

but my mind is often apt to roam

and I find my thoughts are always drawn

to a country farm one misty morn.

I was just a lad on morning chores

when I found the tracks of dingo paws.

They had hunted long into the night

where the shadows kept them out of sight.

And I searched that ground where nothing grew

and I breathed the swirling dust that blew

while the beaten tears rose in my eyes

and the light grew strong in eastern skies.

It was then I saw the chestnut foal

and a scene that touched my jaded soul

for his shoulder bore the bloodied mark

where the dogs had caught him in the dark.

He was left alone, I knew not why,

for I had not found a mare nearby

and I thought it better, shoot him dead,

for we’d not the means to keep him fed.

So I got the gun and lined my eye

as he stood against the rosy sky

but my finger froze, my vision blurred,

as the kindness in my heart was stirred.

And I put away the readied gun

as the foal, he stood and did not run.

He was young and proud, a Waler born,

and I took him home that misty morn.

Though my father stared, he tipped his head

and he nodded once with nothing said.

So the horse he stayed behind our gates

for I’d saved his life and we were mates.

And he grew up strong but bore that scar

and it stood out bold against the red

and was shaped a sharpened arrowhead.

But the drought grew worse with little rain

and we worked all year for ruined grain

when the bankers came and lots were drawn

and they took the farm one misty morn.

And the chestnut horse went with it too

but just where that was, I never knew.

So I turned my back and walked away

as the rosy dawn spilled into day.

And I worked for food and board and keep

‘til I heard of pay for coming wars

and I signed up quick for foreign shores.

And the light-horse corps had called for me

as I sailed across the brimming sea

and I rode the sands on army mounts

and I saw the piling body counts.

And the hail of constant bullets streamed

‘til I found myself alone it seemed.

And I thought my time had come that day

as I waited for the bugle play.

But a chestnut horse appeared instead

and he bore the sharpened arrowhead

though at first I thought this could not be,

But I felt the scar upon his skin

and I cursed the war we both were in

and I vowed to take my mate with me

when I sailed across the brimming sea.

But they dragged me bleeding from his back

and they shipped me off that desert track

and I can’t accept the reasons why

that our fates should meet to say goodbye.

And I’ve known the pain of guilt since then

and I’ve shunned the words of empty men

for I could not bring him back with me

though I knew of what his fate would be.

And as hard a heart I thought I had,

it’s the thought of him that makes me sad,

for my life has passed, near run its course,

and I could not save that chestnut horse.

For a man grows frail, his body old

and his heart gets soft if truth be told,

and I say the prayers that old men say

that I’m worthy should I die today.

And I hope when life completes its course

that I leave astride that chestnut horse

and together ride the rosy dawn

on a country farm one misty morn.